The firm at the apple has set its sights on Topsy. This startup is specialized in the analysis of social media and especially Twitter.

The redemption amount of Topsy would be approximately $200 million according to the Wall Street Journal. This time, it is far from the field of technology with the recent acquisition of PrimeSense.

Topsy is a San Francisco-based startup in California that works in the analysis of social media. Its specialty is served in Twitter microblogging for which a dedicated search engine is proposed.

Topsy also proposes to analyze tweets, trends or compare brands on Twitter, find the most influential users on a topic and with more or less details such as geolocation through a paid version. 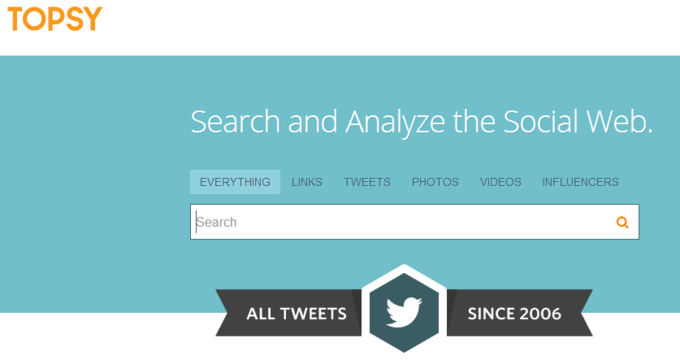 The purchase by Apple is rather mysterious and even more for those who keep in mind the failure of the Ping music social network backed by iTunes. It may already be a first track. Possible redemption in connection with a music listening online service or iTunes Radio is currently available in the United States. The Wall Street Journal also suggested that Apple could recourse to Topsy data to better target ads, follow the interests of the moment, recommend content to iTunes users.

Topsy has updated its privacy policy on November 26 to highlight its "new partnership" with Apple. It read in part: