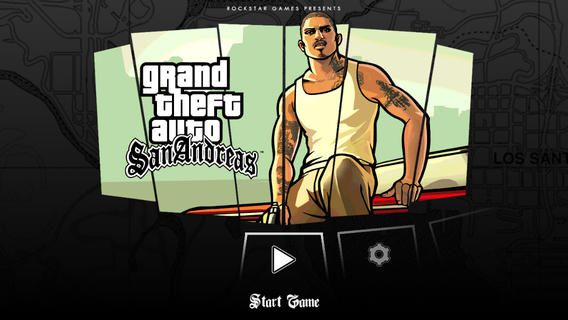 Rockstar has announced that Grand Theft Auto San Andreas is finally available on the Apple App store and its iOS devices. (From iPhone 4S, iPod Touch 5th generation and iPad 2)

The bestseller title on console and PC now provides its output in a version compatible with touchscreens of the iPhone, iPod touch and iPad. But it is also an opportunity for Apple to provide its support for all joysticks designed specifically for iOS, whether wireless controllers turning the iPhone into a portable console.

Accessories that are expected to increase in the very near future and affect the entire range of Apple products, the iPhone and iPad that will have physical buttons to better address certain gameplay features that are not always suitable for touch interfaces. In addition, these accessories will probably enjoy more porting titles from the world of gaming consoles or PC.

GTA San Andreas comes a year after porting GTA: Vice City, it is offered at a price of 5.99 euros and weighs in at 1.5 GB. It will be supported on iOS 4.3 and above. Overall, the game has small graphic and a cloud backup system to synchronize its progress with various devices. According to Rockstar, this would be of "The most beautiful version of San Andreas to date," if evidence is that our phones have evolved over the past 10 years.

Note that the title should also be worn under Android and Windows Phone at a date yet unspecified. To access the GTA San Andreas iOS version of the game, simply head here.