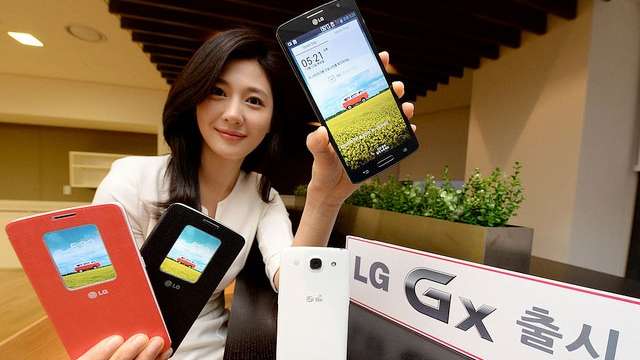 LG Electronics launches new smartphone in South Korea in line with its high end smartphones of the G series.

LG Electronics group has not finished with its G series of high-end smartphones and in South Korea the company has announced the launch of LG Gx phablet with a 5.5" full HD display resolution (1920 x 1080 pixels).

The device features a Snapdragon 600 2.26GHz quad core processor with 2GB of RAM and 32GB of storage space. It features a back camera of 13 megapixels and enjoys a removable 3140 mAh battery. 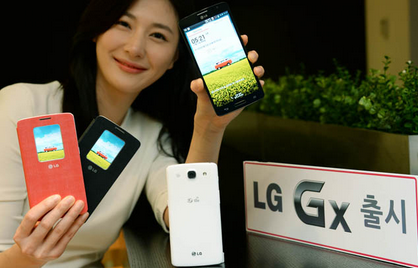 Halfway between the LG Optimus G Pro and the recent LG G2 but without the back controls and with a more traditional design with its front home button, this is a 4G LTE compatible smartphone supporting VoLTE (Voice over LTE) to pass voice calls of 4G, instead of the usual 4G decoupling for data and 2G or 3G for voice.

LG Gx takes some of the announced features of the LG G2 in terms of interface, as well as a Smart Day function display practical information on the lock screen. It was announced at the operator LG Uplus for a price equivalent to about 600€.

It is expected to launch in Korea for the month of January 2014 but there is no information yet on an international launch.