Square Enix has released a new game featuring Lara Croft, which was leaked a few months ago. These new adventures are offered for free to iPad, iPhone and iPod Touch owners.

Lara Croft: Reflections could present itself as a potential sequel to Tomb Raider reboot. And yet, Square Enix has lifted the veil on the project by announcing that it is an exclusive game for mobile devices running on iOS.

It is now available on the App Store in Australia and New Zealand. This is a free to play game featuring the famous adventurer, but as part of a card game. 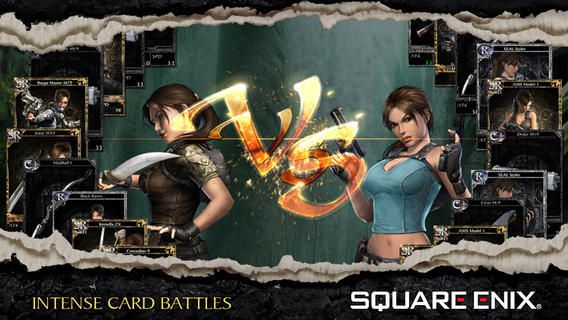 Specifically, it will discuss to collect artifacts in the game, improve their level of experience and glean cards fighting to defeat your opponents. It is also possible to play in multiplayer, to help each other deal with boss for example.

Lara Croft Reflections requires having at least iOS 5.0 and works on iPhone 4 and above, iPad 2 and newer, and iPod Touch.