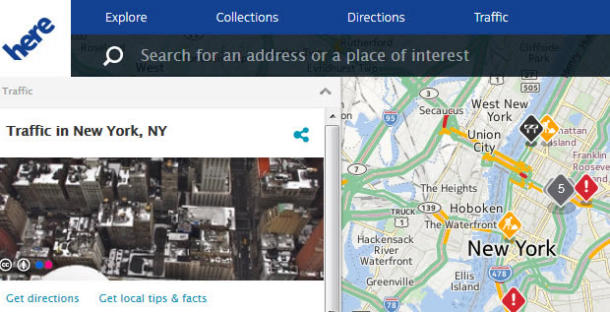 In addition to its mobile and smartphones, Nokia has developed mapping services and GPS guidance after the acquisition of Navteq and put them together in a bid called Here Maps that broadcasts on multiple mobile platforms, Windows Phone ofcourse, but also via an iOS Application in the App Store from Apple.

We remember that at the launch of iOS 6 when the mapping service plans was designed directly by Apple to replace that of Google, various problems had emerged, forcing Tim Cook, Apple's CEO, to speak to the customers group and to propose alternatives to choose, including Here Maps, until its own service is corrected.

However, it appears that with the arrival of iOS 7, the ergonomics of the Here Maps application has suffered, leading Nokia to remove the application "because of recent changes in iOS 7 penalizing the user experience" within the application, indicated the Finnish group in a statement.

Here Maps service remains available to iOS users online version m.here.com and always with mapping capabilities, orientation, route preview and freely available traffic. In its new organization, Nokia intends to make Here services one of the pillars of its strategy after the sale of its mobile