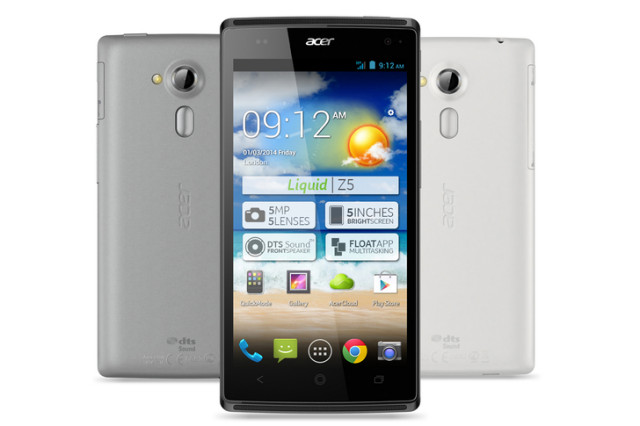 The CES 2014 will be an opportunity for Acer to announce several mobile devices, including the Acer Liquid Z5, five new Android smartphone at an attractive price.

Taiwanese group Acer will continue to expand its range of Android smartphones series Acer Liquid with new models announced at CES 2014. Among the novelties, we should find a Acer Liquid Z5 which looks like a 5"Android Jelly Bean smartphone very affordable.

It should have a 5" display presumably HD resolution (1280 x 720 pixels), a dual core 1.3 GHz processor with multitasking  features like AcerFloat and 4GB of storage space. For connection tHE smartphone has WiFi, GPS and DTS, as well as a 5 megapixel camera on the back, with f/2.4 and BSI sensor for shooting high quality and even in low ligh condition. 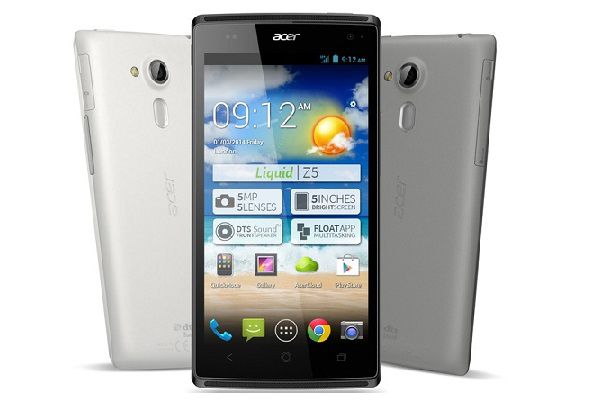 The Acer Liquid Z5 with Android 4.2.2 Jelly Bean, will be launched before the end of January 2014 in several European markets, for a bare price of only €169. To see if it will be a place in the market as competition intensifies significantly in this segment of the input range, lets wait and watch.