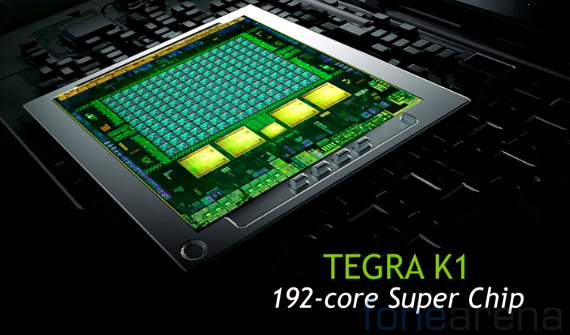 Nvidia opens the ball at CES 2014 Las Vegas with the announcement of the platform Tegra K1, new processor in 32-Bit or 64-Bit with graphical part in Kepler architecture for opportunities worthy of a PC or a console.

CES 2014 show in Las Vegas is an opportunity for Nvidia to unveil the outlines of the next generation of its line of mobile/automotive Tegra processors that achieved trends announced in 2013.

After a series of Tegra 4 that has struggled to win against competition, and while the Tegra 4i must begin to unfold, the U.S. group unveils the Tegra platform K1 (not Tegra 5, because the jump in performance is not linear, says CEO Group) that made an application on 32-bit quad-core ARM Cortex-A15 r3 "Nvidia 4-Plus-1" processor clocked at 2.3 GHz and a GPU with 192 cores in Kepler architecture as promised and compatible with the Cuda treatment. 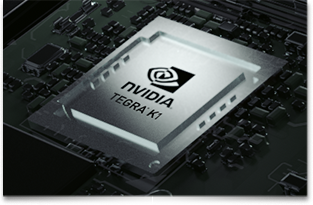 Nvidia graphics capabilities is unusual in the field of mobile and reliable PC and current consoles with support for DirectX 11, OpenGL 4.4 or Unreal Engine 4.

In addition to the 32-Bit version expected in the first half of 2014, Nvidia will offer a version of Tegra K1-compatible 64-bit in the second half of the year, dual core version based on the Denver platform of   Super Core specifcally designed by the firm and the operator ARMv8 instruction set.

Nvidia CEO Jen-Hsun took the opportunity to make an initial demonstration of the Tegra K1 64-bit platform associated with Android, at world premiere. And the Tegra platform K1 intends to invite in consoles board motor with a specific version that can support applications and automotive sensors, including systems support line (pedestrian detection, management board cameras, etc).