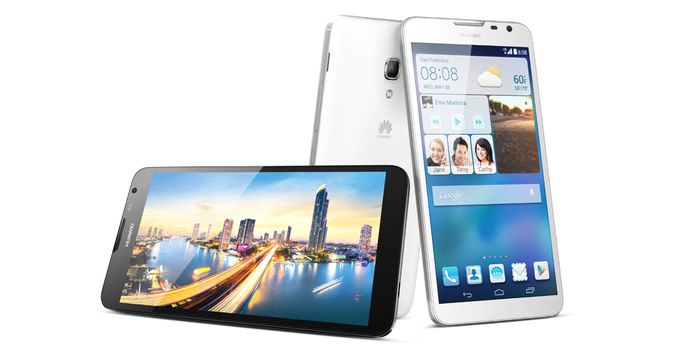 Huawei unveils new version of its phablet Ascend Mate 2 now in 4G version and offers a huge battery of more than 4000 mAh that can be used to charge other gadgets.

After Huawei Ascend Mate phablet in 2013, first to offer a screen larger than 6" in a format to be a smartphone, the Chinese group now shows with the Huawei Ascend Mate 2 4G at the CES 2014, including leaks that had prepared for its arrival.

It includes a display of 6.1" at 720p (1280 x 720 pixels) with Gorilla Glass which had marked the spirits. The new device will be available in two versions, one with quad core processor 1.6GHz Qualcomm and the other with Huawei Hisilicon Kirin 910 processor, with 2 GB of RAM and 16 GB of storage and expandable memory card slot (up to 32GB).

Huawei Ascend Mate 2 is 4G LTE enabled with speeds of up to 150 Mbps and offers a 13 megapixel digital camera on the back and a 5 megapixel camera on the front. If it is as thick as 9.5 mm, the smartphone embeds a generous 4050 mAh battery which has the particularity to be used to charge other electronic gadgets or smartphones.

On board, there is Android 4.3 Jelly Bean with Huawei Emotion UI 2.0 overlay and optimizations to use the device with hands despite the large size of the screen, as in the previous model. Prices and availability are not yet known.