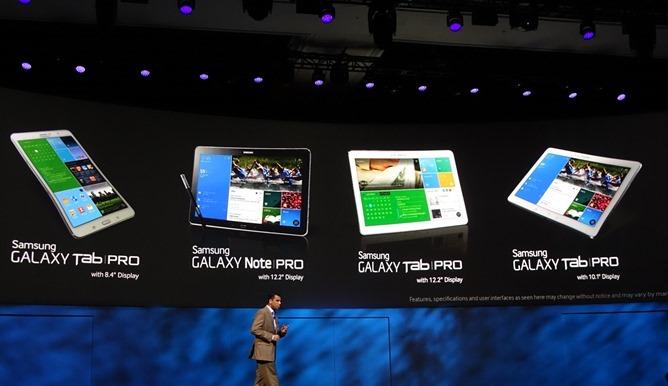 The Galaxy Tab Pro 12.2-inch is officially NotePro tablet from Samsung revealed at the CES 2014 in Las Vegas, confirming leaks about its features.

Samsung wants to conquer the professional space as well as the general public segment for tablet PCs with a 12.2 Galaxy NotePro finally unveiled at CES 2014 after months of speculation.

It occupies an intermediate space between tablet and laptop computer display offering a 12.2" resolution with 2560 x 1600 pixels and a Snapdragon 800 quadcore 2.3 GHz processor shipping with 3 GB of RAM with little insight into benchmarks. 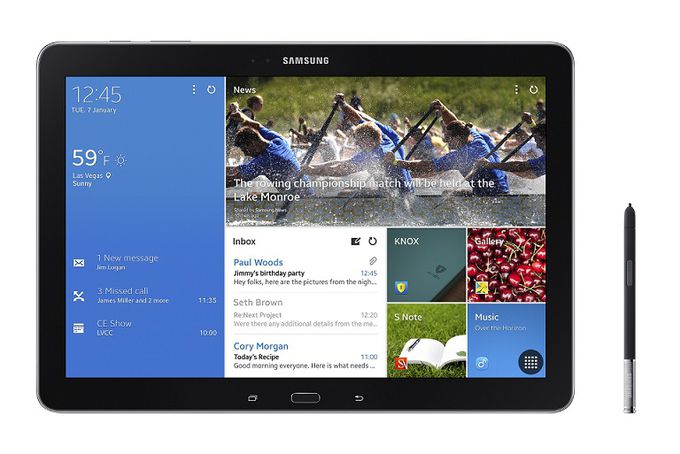 It measures 7.95 mm thick and has a stylus like all products in the Galaxy Note line, while we find a back leather similar to the Galaxy Note 3 phablet. The Galaxy Tab Pro 12.2 runs Android 4.4 KitKat with a specific overlay of UX Magazine that shows the different elements of the home screen in the manner of a flipboard, displaying the most used applications and information and flow of social networks, all suitable for playback on the big screen.

If prices are not officially known, the site SamMobile books this information: the Galaxy 12.2 WiFi NotePro costs €749, while the version with 4G LTE modem will be given at 849€.