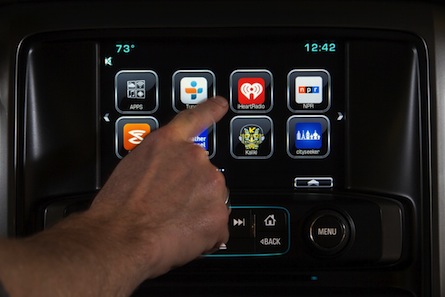 A new milestone was reached regarding automobiles connected. In battle, Google has taken a significant lead over Apple with the announcement of an alliance between Audi, GM, Honda and Hyundai, ready to receive the Android operating system.

It is partnering with the manufacturer of graphics cards and processors of Nvidia and these manufacturers, along with Google, have developed the Open Automotive Alliance (OAA). The partnership, announced at the Consumer Electronic Show (CES) in Las Vegas, is to introduce a common interface from Android this year onboard.

Incorporating the latest communication technologies is one of the main development in most manufacturers: the dynamics of benefiting from navigation systems and various infotainment applications (traffic, security information, access to social networks).

The interest of (relative) future standardization of this common platform will "enable manufacturers to easily integrate advanced technologies." Sundar Pichai, vice president of Google, said that large number of users are already familiar with Android, and the benefits in terms of safety caused by this interface.

The alliance of OAA brings together to date Audi, General Motors (Chevrolet, Opel, Cadillac, etc), Honda and Hyundai Group (Hyundai, Kia). Note that the R-Link Renault is also developed from an Android interface. For its part, Apple announced the arrival of iOS7 for Ferrari, Toyota, Volvo, Jaguar-Land Rover in 2014.