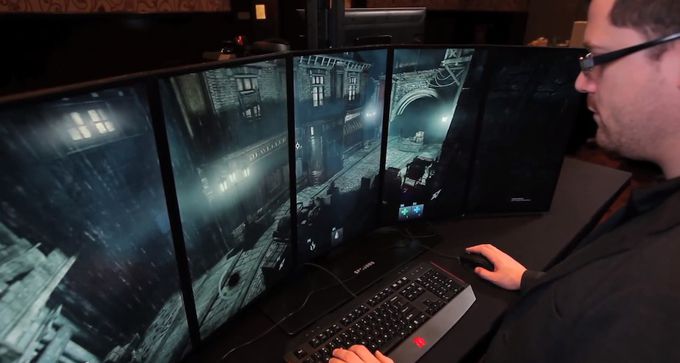 The manufacturer AMD has put forward the next Thief game video fromEidos Montreal to demonstrate the performance of the 7850K APU and Radeon R9 290x. The title is presented to a total resolution of 5400×1920, 1080p via five monitors.

Recently highlighted in the news, Thief returns to the front of the stage through the manufacturer AMD. It released a video (below) which shows a very muscular setup to run the game on high performance PC configuration.

Indeed, the soft Eidos Montreal run on a computer with 7850K APU range from Kaveri revealed in the CES in Las Vegas. The configuration also includes a graphics card of Radeon 290x R9, so as to get the best outcome of the game

The gameplay presented is displayed at a total resolution of 5400×1920 pixels, over five 1080p monitor.

Unfortunately, the extract appears rather brief and not effectively has two AMD technologies supported by Thief, namely Mantle API (to optimize the performance of video games) and TrueAudio.