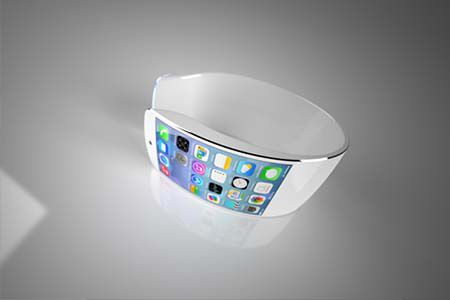 The rumor that LG Display would be the supplier of the Apple iWatch watch screen returns in the Korean media. And always with a hose to the LG G Flex display.

The watch segment has been a renewed interest with the launch of several models by major handset manufacturers but we are still waiting for the announcement of the Apple iWatch watch, which was started by runaway around smartwatches.

Expected in the second half of the year, it retains its mystery and the subject of various speculations on its appearance or functionality. In October 2013 it was said that LG Display is the supplier of the screen for the future of Apple and it would use a flexible display.

This rumor is reactivated in some Korean media saying that LG Display will be the exclusive supplier of OLED display of 1.52" (P-OLED or Plastic OLED) for the watch connected. It should be designed in line with the flexible display of LG G Flex and has a good chance to introduce some curvature as the latter.

According to DDaily.co.kr website, mass production of the screens would be launched on the period from July to September 2014 with an initial volume of 2 million units.