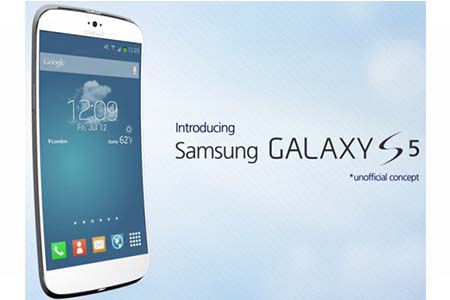 The date of the announcement of the Samsung Galaxy S5 remains mysterious. Before, during or after the MWC 2014 show? A presentation on the eve of the opening of the exhibition is now discussed.

The smartphone Samsung Galaxy S5 will have the difficult task of succeeding the series of Galaxy devices and prolonging its success, which is in the tens of millions of units sold, trying perhaps this year to create more disruption in the design, even if the example of the iPhone shows that the continuity of shape over the years is not necessarily a bad thing.

If the smartphone needs to be launched as its predecessors in the first half of the year, the date of its formalization has been rumored through various speculations. The MWC 2014 in Barcelona, dedicated to the mobile industry, may seem a good time for such an announcement and Samsung seemed to have mentioned this track there a few weeks.

But this show, with its many presentations of new smartphones, tablets, and related technologies, provides a density such that the announcement of a strategic product can be embedded in the mass visibility.

Hence, it is assumed that Samsung could unveil its Galaxy S5 in the remote lounge, in March, as the group has done for its Galaxy S4 at a major show in 2013 in New York to attract all the lime-light to it.

However, Eldar Murtazin, consultant and editor of the Russian site of Mobile Review says the Galaxy S5 will be unveiled on February 23, at an event the day before the opening of MWC. Over the years, manufacturers have increasingly used this ploy presentations during the weekend before the show to unveil their major mobile products, then the MWC is an opportunity to get a closer look at the stands.

Eldar Murtazin said on Twitter that features will be those that are already unofficially unveiled, which may suggest that we'll find a display of 2560 x 1440 pixels resolution and a camera of 16 megapixels (or 20 megapixels directly to widen the gap with the competition) and that there will be a new TouchWiz interface.

He also referred to the commercialization in the months of April 2014, which is fitting with the previous information. It remains to be seen whether Samsung will take the risk to announce its flagship model at that date, among other announcements on the same day.