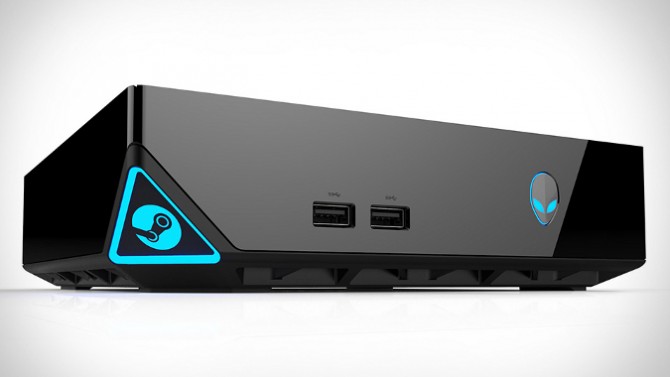 The manufacturer Alienware has confirmed that its Steam Machine will be updated each year after its first launch. This successive selection of models is due to the fact that the Steam machines do not allow easy change of components.

Announced alongside the other models in the CES 2013, the Steam Machine manufacturer Alienware has returned to the front of the scene there a few days ago. This famous material from the manufacturer oriented for gamers will be sold starting in September 2014 at a price aligned with the new consoles from Microsoft and Sony (about 499 dollars).

Frank Azor, Alienware CEO, told TrustedReviews website that it will not matter that one Steam Machine, but several models will be included. Stating that the life cycle of consoles is about five to seven years, Azor said "we will update our Steam Machine each year."

This decision is explained by the fact that Steam machines cannot be upgraded manually, like gaming consoles. "The platform will continue to evolve as games require more resources," he said.

If the price above termed is required for the standard Alienware model, Azor said it is possible to change the configuration according to their desires and needs in the initial order.

He advised that for those who want to try to change the internal components of a Steam Machine should instead proceed with this approach on a real SteamOS PC: "If you really want to customize your Alienware Steam Machine, change your graphics card or processor, you'd better do it with Alienware X51 standard. "

Ultimately, it is clear that players who choose to purchase a Steam Machine will have to settle their configuration, under penalty of having to buy a new one.