The next update of Windows 8.1 pictures are leaked. One can notice a reconciliation between the Office and Modern UI which seems to be confirmed.

As in previous leaks from WZor, information is scarce but few details attract attention. In the office, an icon for the Windows Store is present on the taskbar. 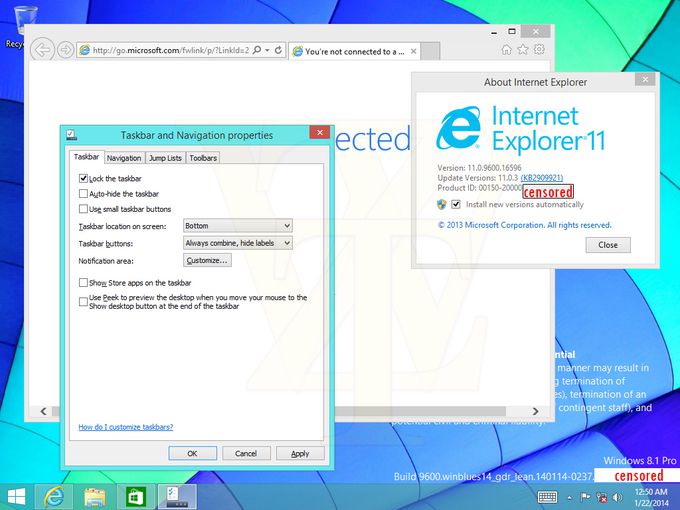 This is part of a new option that is available in the properties of the taskbar: "Show Store apps on the taskbar". As suggested by the wording of the option, it should only be a simple shortcut to carry the Windows Store. In sum, a shortcut to the way for the current Windows button in Windows 8.1.

This is certainly another sign that Microsoft is continuing its effort to erase the impression of two separate environments too (Modern UI and Office).

It should be also seen that it is prepared to run Modern UI applications directly in the office (and not alongside the Bureau).