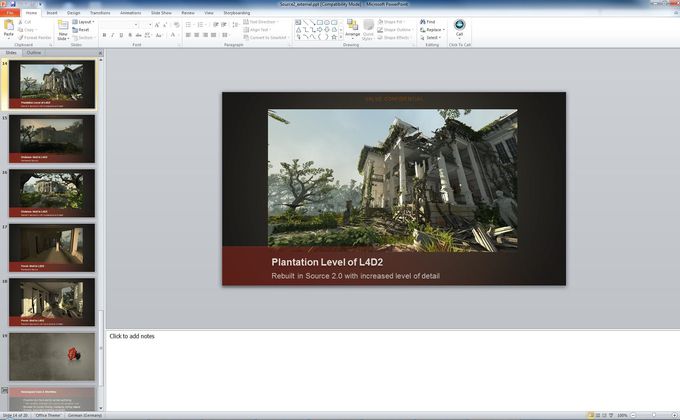 Images rendering the next graphics engine studio of Valve has leaked on the Internet, showing an improved version of the FPS game Left 4 Dead 2.

It is clear that the development studio Valve boarded Source 2 from some time, the new version of its graphics engine, but we had not yet obtained a visual rendering. A member of the NeoGAF forums has recently posted images highlighting a presentation of this new engine.

The leaked shot highlights the game Left 4 Dead 2 exploiting the new technology of Valve, showing a particularly effective modeling. To get a sense of the differences with the current version of the Source game, a comparison is highlighted below. 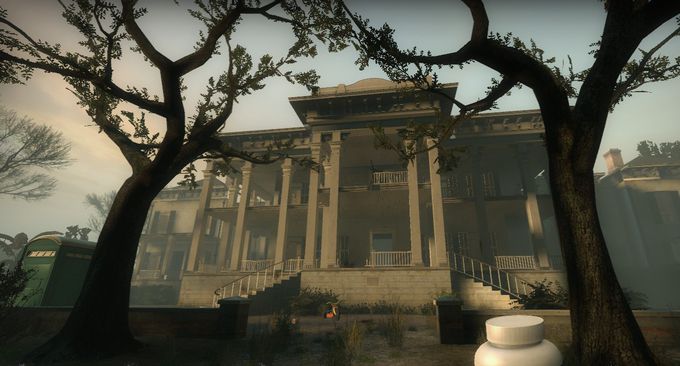 Also, the famous cooperative FPS serves for Source 2, but the possibility of Left 4 Dead 3 is also designed according to a local history captured in Valve. For now, it will be necessary to wait until an official announcement of the development studio is made.