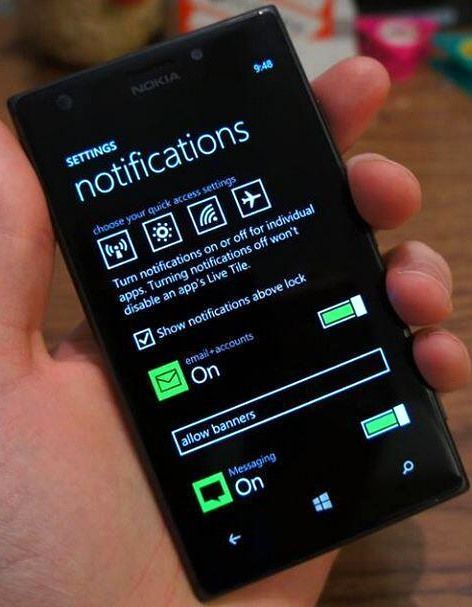 The new Windows Phone 8.1 Notification Center shows through in some pictures leaked on the web.

As you may know, the new version of Windows Phone operating system, stamped 8.1, is expected in the first half of 2014, and it will be accompanied by a new Notification Center, a voice assistant, to management improved multitasking and extended to a 10-inch screen support (sign of a Windows Phone/Windows RT convergence, the first targeted for smartphones and tablet PCs in the second). 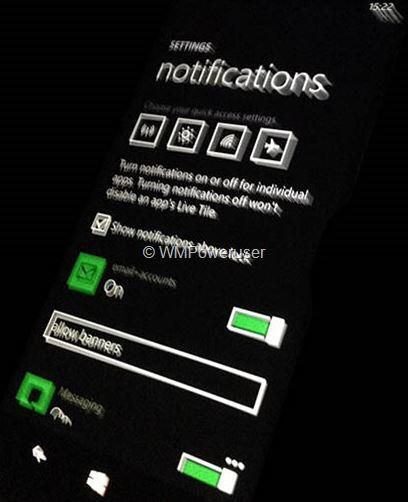 It turns out that some photos of the notification center, in question, which were made from a prerelease of the next mobile OS from Microsoft for developers, leaked currently on the Web. One thus sees the four quick access to the cellular network, Wi-Fi, brightness and airplane mode buttons and settings to enable notifications by turning it on or off from the lock screen and choose anything that you want to display (email, SMS, etc).