What all features will be included for Samsung Galaxy S5? New clues points again to a screen resolution of 2560 x 1440 pixels and the presence of a fingerprint reader.

It is still EvLeaks that delivers clues on Twitter about the possible features of the smartphone Samsung Galaxy S5 delivering the names of two APK containers.

The first has the name FingerprintService.apk that suggests the possible presence of a fingerprint reader board, rumors are already mentioned about it and has taken an advantage over one that anticipated the arrival of an iris scan. 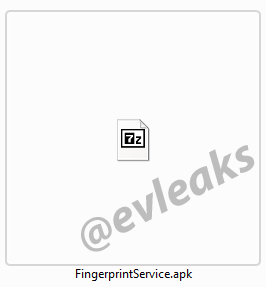 The fingerprint reader could increase this year on Android smartphones, at least if the supply issues are resolved because of the small number of players in this specific market.

The other apk has an intriguing name: 3DTourViewer_WQHD.apk and evokes both the possibility of a screen resolution 2560 x 1440 pixels and the possible presence of a device control system by gestures, which was also suggested by some analysts.

Note that the Galaxy S5 could be launched in several versions, one with 2K screen and the other with Full HD display. A reference to a smartphone SM-G900X, a supposed reference for Galaxy S5 was indeed observed with a Full HD screen with a Korean operator.