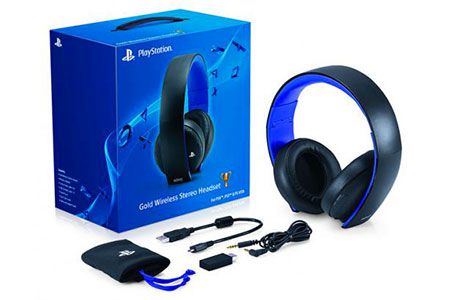 Sony has recently announced the upcoming release of an official headset for the PlayStation 4 console, the Wireless Stereo Headset 2.0. In addition to that, a new update of the PS4 provides compatibility with older official PS3 headsets as well.

Sony Computer Entertainment today released a new firmware update for the PlayStation 4. This version 1.60 focuses primarily on the audio portion of the console of last generation.

Indeed, new headsets are now compatible, ie; standard Pulse and Pulse Elite Edition, official models sold for the PlayStation 3 and it is also compatible with 7.1 surround.

In addition, the Japanese manufacturer has announced the release of an official headset for the PS4, the Wireless Stereo Headset 2.0. The latter has a 7.1 sound and reduces the surrounding noise during audio conversations.

This model has a battery with a autonomy that lasts eight hours and has a 3.5mm jack to be used with the PS Vita. The product is also compatible with PS3, but on the PC and Mac via a supplied adapter.

An application dedicated to the use of this headset will be available on the PlayStation Store, with a view to optimize its use. Sony said the game inFamous: Second Son will be the first to have a compatible headset with this official sound mode, to provide a unique experience.