The studio Respawn Entertainment has revealed that the definition of Titanfall will not run at 1080p on the Xbox One console of Microsoft. In addition, the beta will be deployed tomorrow that will bring much room for improvement at this level.

Highly anticipated by fans of FPS multiplayer, Titanfall promises more quality elements at its gameplay as well as in its implementation. Respawn Entertainment developers have well faced the license of Call of Duty, bringing a revival in terms of grip.

The beta of the game being released tomorrow on PC and consoles, we learn an important detail for owners of Xbox One. Indeed, the development studio has revealed that Titanfall will not run in 1080p on the latest Microsoft machine. 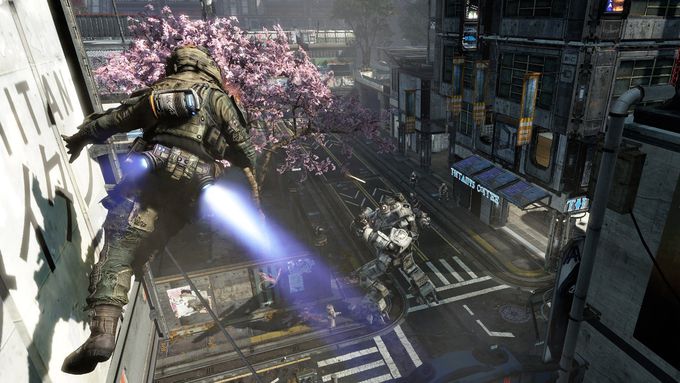 It is through Titanfallblog that we learn from the information transmitted by Abbie Heppe, community manager of Respawn Entertainment. It was revealed that the beta of the game on Xbox One will turn in 792P, namely a slight increase compared to the usual definition of 720p.

The final version of Titanfall on Microsoft's console will run at a native resolution of 900p, which will be rescaled to 1080p like Ryse: Son of Rome for example.

Remember that it is possible to register for the Titanfall beta from this address in order to enjoy this game tomorrow. The final game is expected to be released on March 13, 2014 in Europe on PC and Xbox One, March 25 on Xbox 360.