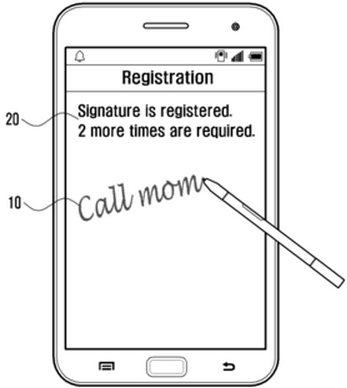 A recently obtained patent by Samsung is expected to unlock the lock screen products of Galaxy Note and perform actions by writing with the stylus recognition.

With the Galaxy Note series, available in smartphones and tablets, Samsung has reintroduced the stylus, which is a very fashionable object at the time of PDA and then almost banished from the arrival of the iPhone in 2007 and the advent of capacitive screens.

With the S-Pen, Samsung exploits the possibilities dedicated with note-taking and drawing but the manufacturer may soon add a new function, described in a recently obtained patent from the United States Patent and Trademark Office (USPTO) applications. 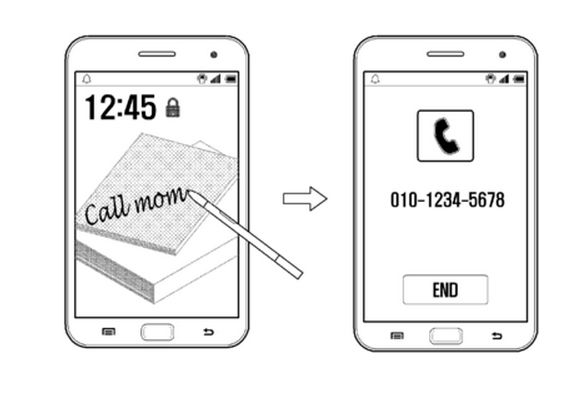 The latter describes a method that not only unlocks the screen handwriting recognition via the stylus but also allows the user to trigger actions by writing them on the same screen.

According to the example, write "call mom" on the lock screen of the device with the stylus to trigger the action directly without further manipulations. This possibility does remain an idea kept in the drawers of the intellectual property or it can be find as an application in a device like the next Galaxy Note 4 phablet?