According to the latest reports, it was stated that Sony had sold PlayStation 4 twice as compared to the Xbox One during the month of January. This time Sony formalizes the figures and clearly shows its success.

Since the end of 2013 and two months after the launch of the next generation consoles from Microsoft and Sony, we left the official figures of 3 million Xbox One passed against 4.2 million PlayStation 4.

Today, Sony updates the sales figures of its PS4 and claims to have sold more than 5.3 million console worldwide dated February 8. A statement which comes from Sony which is still expected to swell its numbers since it is on Saturday that the console will be finally available in their country of origin: Japan.

Japan traditionally is one of the most important parks of Sony and the brand could dig a little deeper and the gap between its machine to its main competitor. 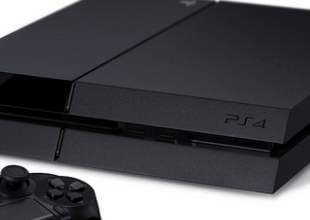 In January, and it was estimated that Sony had sold about twice as many consoles compared to Microsoft. A huge gap for the consoles launched almost simultaneously, but also and especially for technical services ultimately very close. In addition, this is probably the price and the disastrous communication of Microsoft hampering sales of its machine outside regular supply problems (which also hit the Sony machine).

Now Microsoft put on Titanfall whose output is scheduled for March 11, but on opening the console to new markets. In addition, the manufacturer could unsheathe faster than the expected price to restore some balance with the competition. The question is whether Microsoft will be able to return to its choice, and if it is not already too late to catch the PS4.