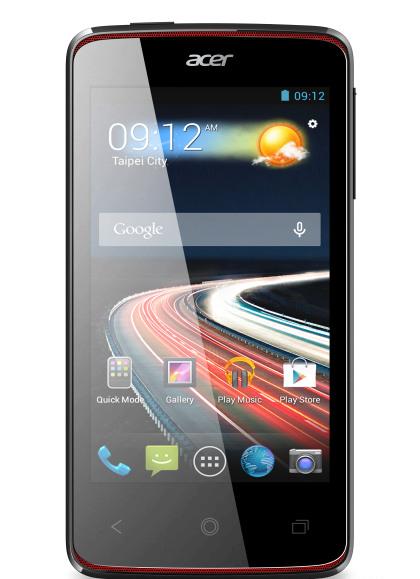 Acer smartphones will present two of its Liquid series Android smartphone at MWC 2014 on the segment of the input range.

If the growth of the smartphone market should move to the middle and entry level, Taiwanese Group Acer is well positioned to benefit with its Liquid range of Android smartphone. The manufacturer offers long devices with aggressive pricing and submits two models to MWC 2014 in Barcelona that play in the smartphone category with less than 200€.

The Acer Liquid E3 display offers a 4.7" 720p IPS screen and embarks on a quad-core 1.2GHz processor with 1GB of RAM. It has a 13 megapixel digital camera on the back and a secondary 2 megapixels on the front.

The internal storage is 4GB and the Acer Liquid E3 will be available from April 2014 at the rate of €199, slightly more than the Moto G against which it is positioned.

To go even lower in range, Acer will also unveil a model called Liquid Z4 that proposes a dual core 1.3 GHz processor and 4 GB of storage space, with a 5 megapixel camera on the back. Android 4.2.2 Jelly Bean will be pre-installed and it will be available in April 2014 and offered at a low price of €99.