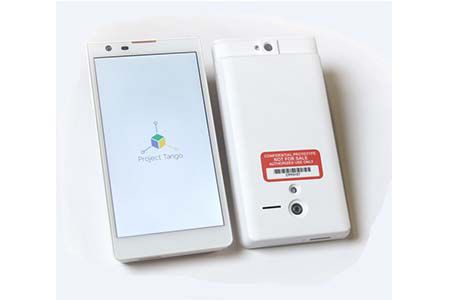 While the company has announced separation from Motorola few days ago, Google has unveiled a strange named Tango project that takes the form of a smartphone to scan its environment and the map in 3 dimensions.

Google has unveiled the Tango project, a smartphone from the department of research and development of Motorola Mobility, which has not been sold to Lenovo.

The company announced that its smartphone would be able to take the dimensions of the rooms and spaces around it simply by moving it in pieces, whether it will be the living room, a store or any other thing, Google would be creating a complete map of the world in three dimensions, including the interiors.

Google has already assembled its Tango 200 prototypes, which will be sent to developers around March 14. It will be offered with a set of tools to assemble the captured data and exploit them through augmented reality applications.

The prototype is equipped with different sensors (accelerometer, gyro, depth) associated with two cameras capable of achieving more than 250,000 three-dimensional measurements per second. When the user will move with his smartphone, a 3D map of the environment is almost done in real time, which will use the data to offer augmented reality applications, simulation software works, furniture or measures more generally, an advanced indoor positioning and guidance system.