A few hours before the opening of MWC 2014 Barcelona and its profusion of advertisements for the world of telephony, Joe Belfiore of Microsoft does not seem very convinced about Nokia Android projects.

Microsoft has not yet officially got into any possession of the mobile industry Nokia but the group hopes to avoid offending others on Windows Phone in the coming months, especially with the arrival of Windows Phone 8.1 by April.

In the meantime, it may be that Nokia will create the (half) surprise by unveiling a Nokia Normandy device using an Android base and an interface containing the codes of what is done on a Windows Phone smartphone positioned at entry range and based on the material basis of Asha mobile. 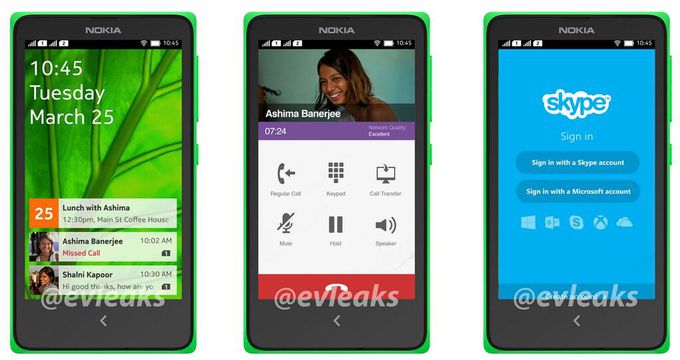 Despite the close partnership that has united Microsoft and Nokia for several years, this Nokia project plays without the involvement of the group in Redmond and it does not necessarily seem very hot to support this initiative, admittedly Joe Belfiore, who participated in the development of the interface of Windows Phone at MWC 2014 in Barcelona area.

Yet the idea of providing a device with Android base (but without Google's services, such as Amazon made its Kindle Fire tablet, and integrating more services of Nokia and Microsoft) and with a close interface of Windows Phone all at a very low price that can not yet reach Windows Phone devices, has already been attempted previously.

While stressing the fruitful collaboration with Nokia, Joe Belfiore has still indicated, referring to Nokia: "They do things that we enjoy, but there are some for which we are less enthusiastic."