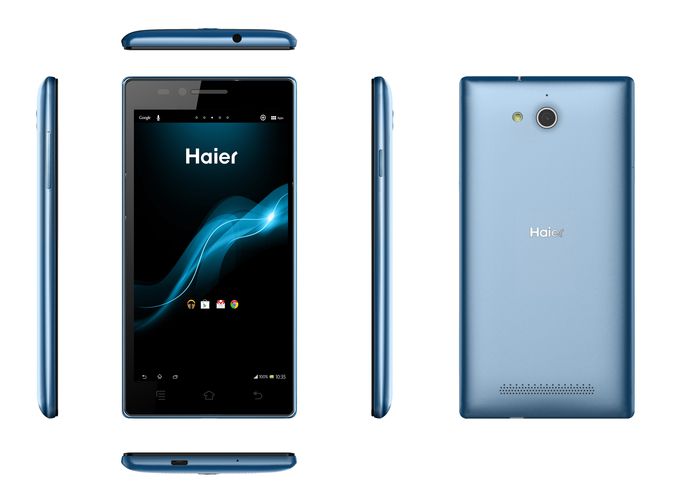 As part of the MWC event which is held currently in Barcelona, Spain, Haier has announced new ranges of smartphones in this event.

From all other smartphones, there are two models called HaierPhone W970 and HaierPhone W990 adopting phablet format with their display diagonal of 6 inches. The first teams with a quad-core 1.3 GHz processor, while the second turns to a 1.7 GHz octa-core processor. In both cases, they are based on MediaTek chipset. With Android 4.2 Jelly Bean, they share a 720p display (1280 x 720 pixels), 3G+ support, a 13 megapixel camera sensor on the back, a 16 GB memory and a fineness of 7.6 mm.

There is also a HaierPhone L901 model which emphasizes compatibility with standard network 4G/LTE category 3 (up to 100 Mbit/s in reception). Fueled with a quad-core processor and running Android 4.3 Jelly Bean, it also offers a screen of 5-inch with 720p resolution and 8-megapixel digital camera and in thickness just 8.9 millimeters.

Their introduction is planned for the first half of 2014. Indeed, HaierPhone W970 will be available in April for 249 euros, the HaierPhone W990 in June for 299 euros and HaierPhone L901 in May for 229 euros.