Since BlackBerry Messenger is no longer reserved for the BlackBerry platform and has expanded to Android and iOS, the service continues to expand on the new Windows Phone OS and Nokia X devices.

BlackBerry Messenger (BBM) is one of the jewels among the Canadian manufacturer of BlackBerry services, and even more so now that Facebook has set its sights on WhatsApp, restoring a strategic interest for instant messaging.

Long reserved for BlackBerry users, BBM has finally opened platforms on Android and iOS, winning the passage of millions of new users interested in a service to become cross-platform. 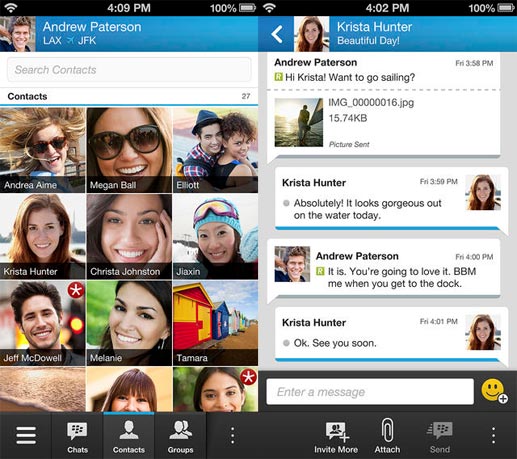 And since BlackBerry Messenger is now seen as capable of bringing a maximum of users for all platforms combined (and to try to generate as important as a community like WhatsApp), it announces the arrival of BlackBerry BBM on platforms Forms of Windows Phone OS and Nokia X .

So users will benefit from instant messaging but also from BBM Voice for voice calls, BBM Channels for groups around common themes, BBM Groups to discuss in communities and sharing content with other users in a click.