BlackBerry is back to its roots with the announcement of BlackBerry Q20, a smartphone with keyboard and trackpad found with a traditional function keys.

The new BlackBerry CEO, John Chen, had signaled its intention to put forward keyboard smartphones from offering BlackBerry 10 smartphones. After the BlackBerry Q10 and Q5, the Canadian manufacturer announced  BlackBerry Q20 model at the MWC 2014 in Barcelona that extends the series and returns to the fundamentals of success of BlackBerry devices in recent years.

BlackBerry Q20 (the CEO appoints BlackBerry Classic) will indeed sign back the trackpad and function keys (Back, Send, End) in addition to the keyboard "to allow fast and efficient navigation by using the hand that built the success of the brand to its users. " 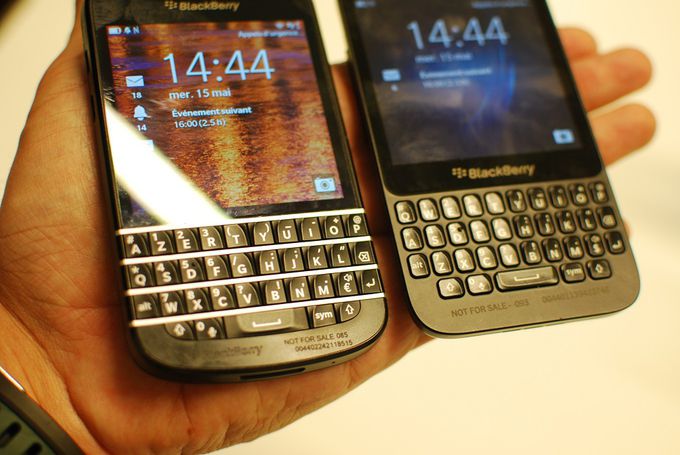 This return of the trackpad is the result of strong demand from users and that the CEO hurried to answer. BlackBerry Q20 is also build on its finish with quality materials to ensure durability and reliability and offer a high capacity battery for good battery life.

Further back to basics in terms of hardware, the BlackBerry Q20 wants to be the perfect tool for messaging and productivity with the BlackBerry Hub introduced in BlackBerry 10 and management via BES10 solution by the manufacturer.

BlackBerry Q20/BlackBerry Classic has not yet been shown to the press and will only be launched in the second half of 2014. Also note that BlackBerry does not specifically projects to enter the segment of young wearable gadgets computing.