Google has just completed a major update of its messaging application called Hangouts for cross platform iOS. There has been a significant graphical overhaul, but the appearance of some features inspired by social networks in vogue.

IPhone, iPod and iPad have recently received a new version of Google Hangouts that runs version 2.0. It is an opportunity for Google to make a graphical overhaul of its application by choosing the flat design with a little more fitting for the iOS 7 and to catch up on other trading platforms.

So now Hangouts allows you to make video calls in picture mode. But above all, it is the ability to send short videos of 10 seconds to recipients directly in the flow of discussion that should appeal to users. Function inspired by Vine which is a hit since its launch on canvas. 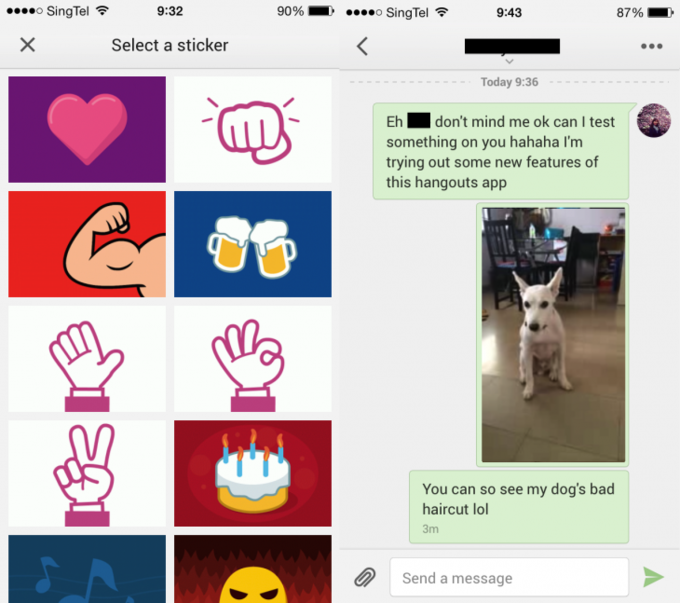 It also becomes possible to directly share geolocation with someone, and new animated "stickers" popping emoticons to support and enliven the discussion.

The application also proposes the creation of shortcuts to some members of the contact list, management of favorite contacts, recent conversations and free Voip calls.

More than ever, Google wants to keep its messaging agenda. Mobile messaging are currently the most popular applications and more profitable for large companies, the proof being made again recently with the acquisition of WhatsApp by Facebook for $19 billion.