After Galaxy Gear shows which is often considered too expensive, has Samsung corrected this for new versions presented at the MWC 2014?

One of the criticisms about Galaxy Gear presented in September 2013 focused on its price was too high to reach a wider audience and attract many observers who wondered if the Korean giant will correct it in a new version.

The problem is that Samsung has quickly confirmed the arrival of a new watch connected in-depth review. And indeed, the shows presented during the MWC 2014 in Barcelona from a new base of Gear 2.

This redefinition of the smartwatch, which goes far beyond a mere cosmetic overhaul, may not help to reduce the price because it must start on a new basis. So, Samsung have not leeway much on the price of its new gadgets connected. 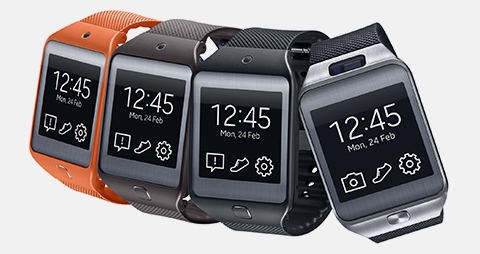 The site SamMobile claims to have got the price of the latest gadgets from Samsung connected in the same manner when it unveiled those tablets of Galaxy TabPRO and Galaxy NotePRO after CES 2014 show in Las Vegas.

According to their information:

Note that a rate of $299 was supposed for Gear 2 before its official announcement and the variant Gear 2 Neo might actually be somewhere between €199 and €299. This price list, if it is confirmed, however, would suggest that Samsung has a relatively high range.

Perhaps the Korean giant does not lower prices too fast on a segment that is still very young and can generate margins before the pressure of competition make it more aggressive.