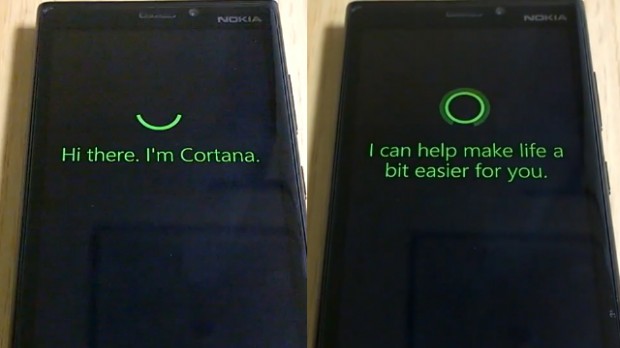 Microsoft is preparing to offer the public an alternative to its own personal voice assistant like Siri of Apple on Windows Phone 8.1. And if some pictures and details have already been leaked on Cortana, here is a video that shows this time this wizard from Microsoft.

If Apple and Google each propose the integration of a personal voice assistant in their mobile OS from several years, Microsoft has lagged behind in this regard. But the firm will soon catch up with the competition with its own module that comes with Windows Phone 8.1: Cortana.

The voice assistant will be based on internal Microsoft services such as Bing, Skype, Foursquare, Outlook and others to provide results and user interaction spurred with simple voice prompts.

In a video presented by Unleash The Phones, one discovers that the wizard will require a small configuration during its first launch so that the latter can do better with its owner.

We learn in passing that Cortana will require connection to a Microsoft account and interactions ahead as custom wizard should interact with the owner of the smartphone by designating by name. A series of questions will help the wizard to define some character traits of its owner, not that we know what form this information can actually be used thereafter.

Cortana proposes a mode "Do Not Disturb" to define time slots during which the calls, notifications and text messages will be ignored. In the video of Cortana we can also discover some animations, which ultimately is presented as an animated circle rather than as a human avatar. Microsoft will officially unveil Cortana at its Build conference next April.