Formalized in September 2013 and landed in the following November with a price of 299 euros, the tablet LG G Pad 8.3 comes in a version compatible with 4G/LTE.

Arriving after a first iteration restricted to Wi-Fi and a Google Edition declination (pure Android without any graphic overlay), this variant uses the Qualcomm Snapdragon 600 platform with quad-core processor (but with a frequency of 1.5 GHz against 1.7 GHz) and 2 GB of RAM, IPS screen of 1920 x 1200 pixels resolution, photo sensors of 1.3 and 5 megapixels, the storage capacity of 16 GB expandable by microSDXC, 4600 mAh battery along with Android 4.2 Jelly Bean. 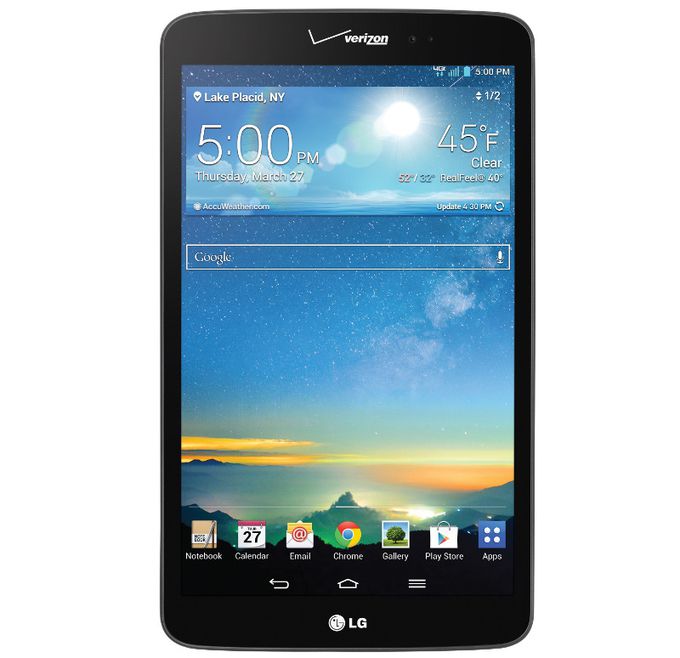 Only in North America, specifically for the U.S. operator Verizon market this tablet has been released.