Konami has released new in-game images of the PlayStation 4 edition of Metal Gear Solid V: Ground Zeroes, the prologue to the fifth installment of the adventure of Snake coming to the end of March on consoles.

Developed by Kojima Productions, Metal Gear Solid 5: Ground Zeroes is as the prologue to MGS 5: The Phantom Pain, which will be released in a second time.

To make us wait until the game's release on consoles, Konami offers us to view new in-game images of the edition of the PlayStation 4, allowing us to check out the performance of Fox Engine.

Moreover, it is possible to see the graphical differences with other versions of the game – especially the older generation machines from Microsoft and Sony – through a previous comparative video or images.

Recall that Metal Gear Solid V: Ground Zeroes will be sold on March 20, 2014 in Europe, PS4, Xbox One, PS3 and Xbox 360 at discounted rates that have been previously highlighted in our news columns. 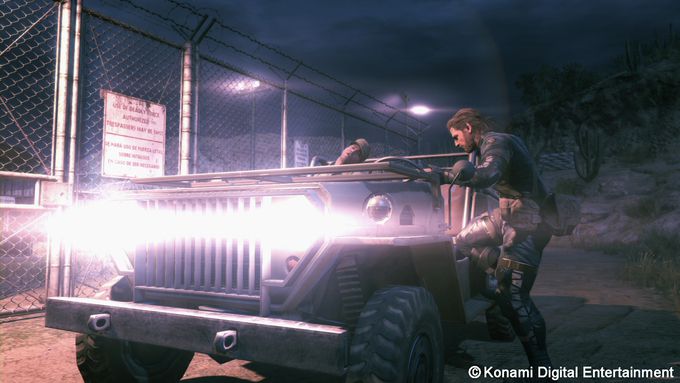