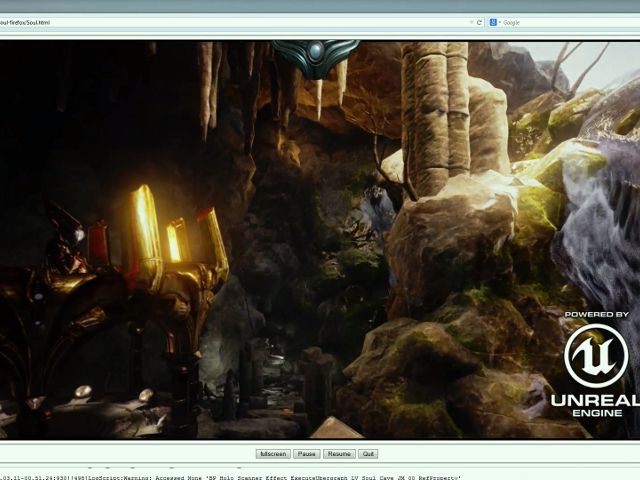 The developer Epic Games and the Mozilla Foundation have recently introduced in the Firefox web browser video games operating under Unreal Engine 4, the latest version of the popular graphics engine.

Developed within the studio Epic Games, the Unreal Engine 4 presents itself with the latest version of their graphics engine. Already presented in tech demo, the solution returns to the front of the stage with a new information which is rather interesting.

Epic Games and the Mozilla Foundation today announced that Firefox Web browser can now run games operating under Unreal Engine 4. A video presentation (below) is proposed to show the performance of the current record in a Firefox browser with no plugin. Technical demos of Soul and Swing Ninja are highlighted.

Previously, the Unreal Engine 3 had already been adapted on Firefox, but also on browsers Chrome and Opera. The game Epic Citadel worked with the asm.js script is created by Mozilla. Optimizations have been made in the meantime, improving the performance of Web applications using the javaScript from 40 to 67% for a C and C++ natively.

Ultimately, the value of this solution is embodied in the ability to engage in a video game which shows very good visual quality without having to download large amounts of data on your computer: with a simple web link you can play games without having to wait.