Players with the prologue of Metal Gear Solid V were able to obtain information regarding the release date of the real MGS 5, namely The Phantom Pain.

Metal Gear Solid 5: Ground Zeroes is poised to go out on PC and consoles. However, some players have already bought the prologue of the next installment of the stealth game from Hideo Kojima, rushing to use the code to download the DLC of The Phantom Pain when it becomes available for sale. 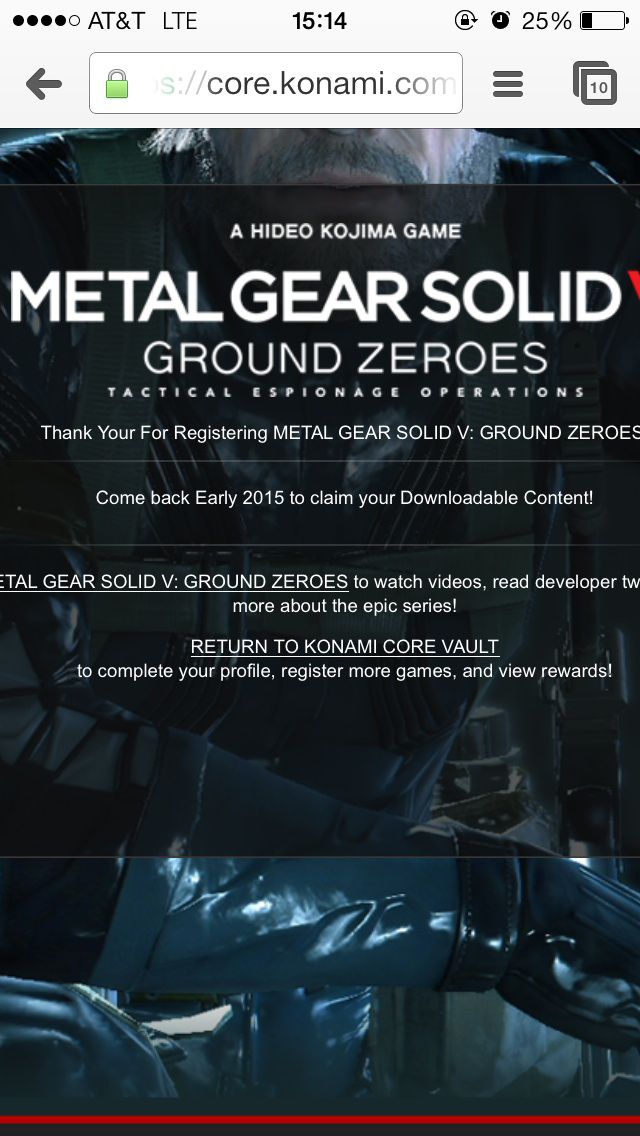 A user of Reddit made this manipulation and ended up with a confirmation message from Konami who confirms the release of MGS V: The Phantom Pain in early 2015. Visual, visible below, invites us to "come back early 2015 to get your downloadable content."

Now remains to be seen whether the title will indeed be maintained for the beginning of next year.