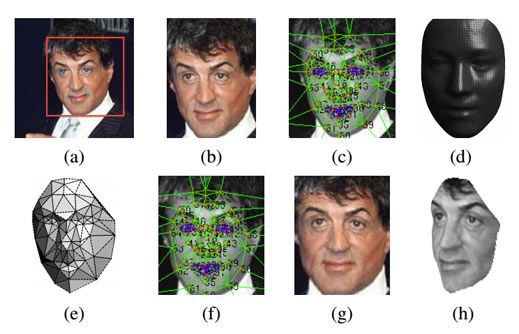 Discern and identifying faces is a relatively easy task for humans, but much more complex for computers. But according to Facebook, its DeepFace program shows the performance rights in this practice.

For several years Facebook offers facial recognition module on its social network, a feature that allows you to "tag" on the photos to better share it on publications.

Today, Facebook announced it has developed a technology called DeepFace that would be able to compare two pictures of a person and identify matches with 97.25% success rate. In a similar test conducted with humans, the score of the man was 97.53% success rate.

To achieve these results, DeepFace operates in several stages. First, it corrects the angle of the face in order to recreate a 3D model. Then, several color filters are applied to allow facebook deepface differentiating each of the face and comparing one by one or a database in a second analysis model simultaneously.

Facebook says that its system uses "simulated neural networks to learn to recognize patterns from a large amount of data." This would be a set of 9 neural networks with 120 million connections that would enable them to perform research module and compare multiple points simultaneously. 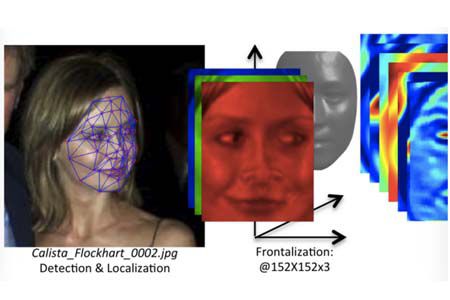 The database of Facebook is currently composed of 4.4 million items made from 4063 different people.

According to the MIT Technology Review, this technology should not be given directly to the social network, it will be presented at the IEEE Conference on facial recognition in June to collect the opinions of experts.

In addition, it is logical to think that the system has a vocation other than simply identifying people on the social network. It remains to be seen who will use this tool in the future, and for what purpose.