The Oppo N1 smartphone with its digital camera that also swivels, like many flagships, now comes in a mini version.

While it comes to formalize its Find 7 smartphone with two versions of Full HD and QHD for which the digital camera is capable of delivering 50-megapixel snapshots, the Oppo Chinese group is the subject of rumors about a mini version of its N1 model formalized in September 2013 and arrived on December in Europe.

This new model is simply called N1 mini and it would bring back the diagonal display of 5 inches against 5.9 inches. On board, we could find a octa-core processor provided by MediaTek or Samsung. 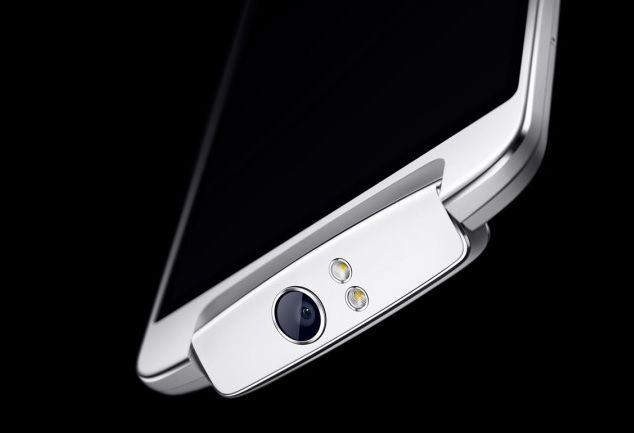 The photo sensor is of 13 megapixel which also rotates similarly like the previous model. Mounted on a hinge, the camera allows it to return to consider the quality of capture while taking a picture or doing video conferencing.

Two references are on the list, a compatibility with 4G/LTE and the other without it, are discussed. Their availability is scheduled for May or June.