Samsung could launch a version of its Gear 2 smartwatch with a cellular modem onboard to make it independent.

Segment for smartwatches is booming, and more this week with the announcement of the platform Android Wear which provides a common ecosystem for designing smartwatches for new generation, whose first models will arrive in a few months.

That could pose a problem to Samsung who prefer to bet on a Tizen platform for its Gear 2 smartwatch unveiled at the MWC 2014 in Barcelona and has released the corresponding SDK.

While Google unveils its ambitions in the field of gadgets connected, the Korean group would consider the possibility of its Gear 2 no longer shows a companion to a smartphone but a standalone gadget with its own cellular modem tool. 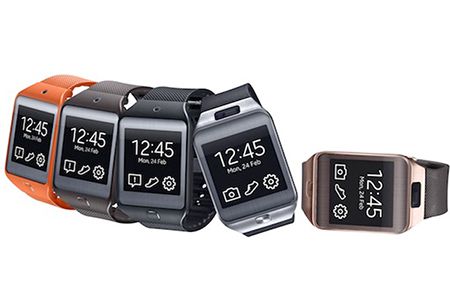 The Korea Herald evokes that discussions with the SK Telecom operator to offer a Gear 2 watch incorporating a SIM card and from which it will be possible to make calls directly. At first, this variant would be tested on the Korean market before eventually proposed in other countries.

The idea is not completely new and autonomous for watches that have been marketed in recent years by major brands, even if they have been used primarily for technology demonstrators.

The integration of a cellular modem in a device which may contain a limited battery capacity poses real problems that are still unresolved.

So it remains to be seen after this initiative if Samsung will meet up with the expectations.