While the first smartphone with dual OS Android and Windows Phone could soon make their appearance, Huawei will perhaps ultimately not be one of the manufacturers in this initiative.

Will there be soon smartphones shipping with two mobile OS, Android and Windows Phone, arriving? An Indian manufacturer has already announced such a project and it seemed that the Chinese manufacturer Huawei is ready to follow suit, according to its marketing director.

These intentions are however contradicted by a spokesman of the Chinese giant who now says that Huawei has no current project of short-term dual OS smartphone.

The mystery remains about the existence of any pressure from Google and Microsoft, unless what the marketing director have been over-interpreted. 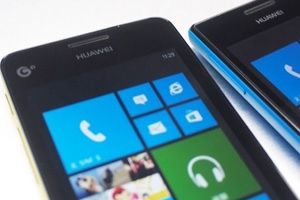 Publishers have already shown their displeasure hybrid system of Asus Transformer Duet TD300 which was proposed to come with the Android and Windows OS, both with quick switching between the two systems, but the marketing has been postponed indefinitely.

Only Indian brand Karbonn would be engaged at the moment in this way and it remains to see what configuration it will propose to hold two mobile OS in a single device.