Chinese brand Meizu, with the MX3 smartphone to start its course, is preparing a new model in phablet size named Blue Charm Note.

The Meizu Blue Charm Note phablet is accompanied by a 5.5-inch screen in Full HD, that is to say 1920 x 1080 pixels resolution. Powered by a MediaTek MT6592 octa-core processor, it would ship a digital camera of 8 megapixels. It has the Android system with home Flyme 0S 3.0, which is its graphic overlay. The tariff was blurred. It oscillates between 1,000 and 2,000 yuan, between 117 and 234 euros. 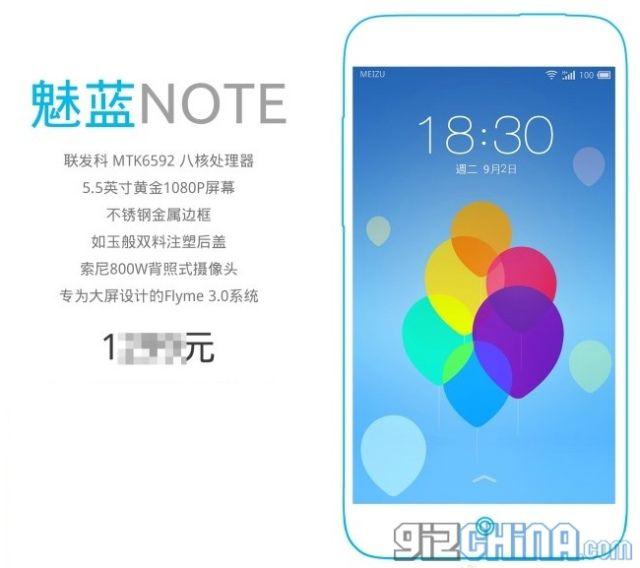 All elements (name, features and price positioning) are in any case considered of a frontal competitor recently unveiled by fellow Xiaomi Redmi Note, whose successor was a resounding success. Meizu obviously wants to play on the same field. Whether a distribution all over the world could be considered, there is no indication yet.