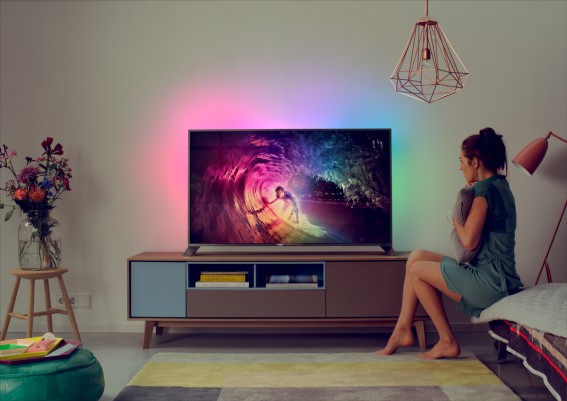 Philips announced and presents its range of ambilights 8000 series televisions. A range of TV that stands out with the arrival of Ultra HD 4k slabs but also the Google OS: Android.

Philips has also just unveiled its new TVs for 2014 (manufactured by TP Vision since the abandonment of the area by the Dutch firm), along with the most obvious interface for application development, Android, with the desire of the manufacturer to still allow more customization and openness to its customers.

Termed as 8000 series, it is available in Europe and it comes in several models like the Full HD for 8800 equipped with a 4K Ultra HD slab. All televisions are equipped with the feature Ambilight and it is Android 4.4.2 which is thus installed in the devices.

Android allows the user to initiate voice searches, install applications and access the world of Google. Regarding navigation, television is equipped with a remote control and keyboard, but the most interesting feature and most obvious is certainly navigation gestures. A camera located on the frame of the TV will thus also function for video messaging applications, navigation menus and other actions that could only voice throw. 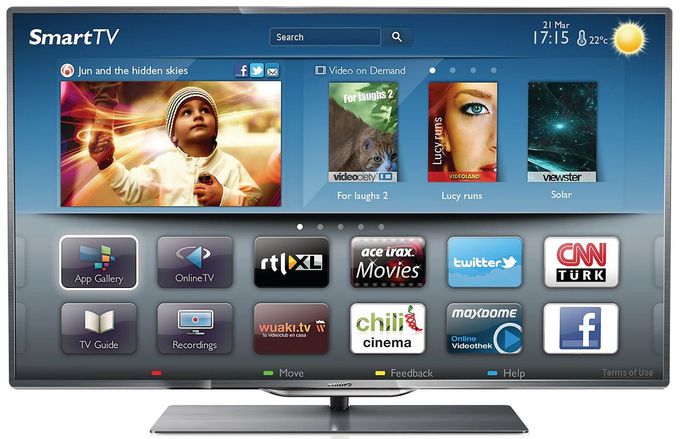 To allow Android to operate, Philips has installed mobile processors to 6 cores in its screens, which also allows players to enjoy their mobile titles directly on the big screen. Moreover, an Ambilight "Gaming" is also on the menu.

In the characteristics of the screen you will find the technologies of Perfect Pixel Ultra HD, Micro Dimming Pro, Perfect Natural Motion, PMR 1000 Hz Ultra, etc; all being associated with 3D active (the screens come with two pairs of glasses). Equipped with Wi-Fi, the MiracastTM and SimplyShare functions enable content sharing and direct on-screen display. In addition, we appreciate probably the Multiroom functionality that allows to broadcast the same content on multiple compatible televisions from a single source, all being broadcast from the wireless waves.

No price has been disclosed yet.