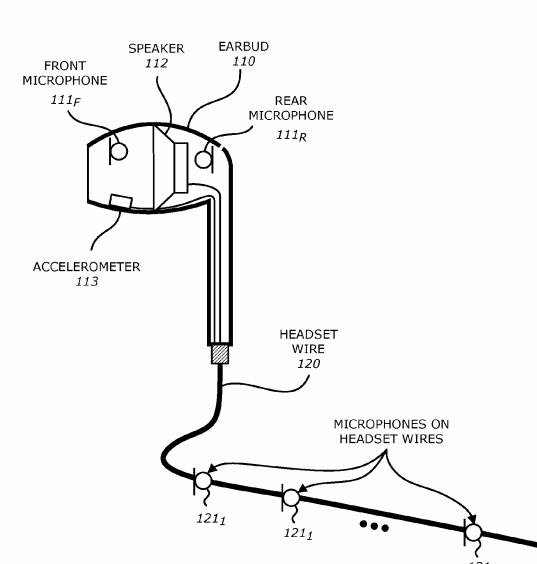 Apple patents multiplies bustling new technologies deployed in its headphones. After a module for monitoring the heartbeat and the temperature of the user, a voice recognition system is in question.

With iPhone 5, Apple launched new EarPods, the new generation of headphones that are supposed to put an end to the bad reputation of previous models criticized for their lack of performance. Apple then delivered improved headphones, providing greater bass, as well as to control audio and video playback and a microphone.

The occasion was also for Apple to offer a hands-free function, and it is precisely this feature that could be revised soon and that is the subject of a new patent.

Apple offers and integrate multiple microphones on both the cable and headphones, and a set of sensors including an accelerometer to improve speech recognition and provide better communications. 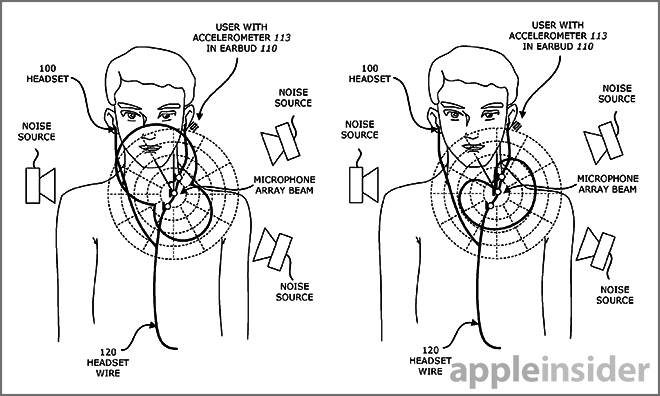 The idea would be to use the accelerometer to detect when the user begins to speak. Whether by waves of voice or body vibration, microphones should automatically begin to capture ambient sounds integrated in the headphones. All would eventually be referred to a noise reduction circuit that will process the different signals and adjust the recording levels, remove the noise, but also fit what microphones are activated to better focus on the voice of the user.

So Apple plans to incorporate a system of active noise reduction, which will fit perfectly according to the movements of the user and his environment.

As always, it is not that Apple issues a patent for a technology which will be deployed immediately. It is therefore impossible to know whether the company intends to market new EarPods with this noise reduction system. However, given the proliferation of patents on headphones systems maintained by the brand, it is clear that Apple is looking to improve its accessory.