Apple would incorporate a system of music recognition aboard on iOS, which could lead to the introduction of Shazam in the mobile OS from the Cupertino group.

The next version of iOS could adopt a music recognition system. Some notes of music recorded in the micro iOS devices would then find the song title, the artist name and the information about it.

According to Bloomberg, Apple is trying to partner with one of the specialists of this technology, namely the British Shazam Entertainment. It would be for the group of Cupertino to find new ways to bring users on iTunes at a time when the music streaming services are popular and to support its own service, iTunes Radio, available in the United States and to be launched in new markets this year. 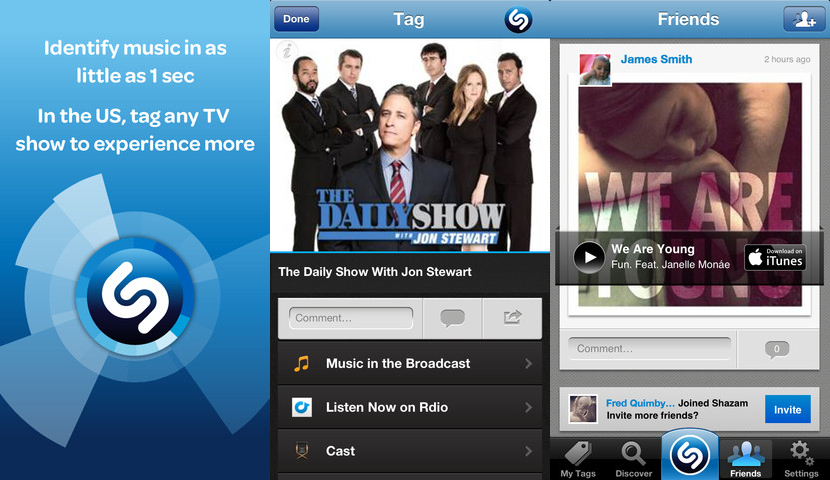 The Shazam service should be integrated into iOS 8 and an overview of this new opportunity could be given at the developers conference WWDC 2014 of Apple in June. Shazam is tightly integrated into the platform, as the social network Twitter before it, so that iOS users encounter it naturally during their use without having to download a specific application.

The service will also be linked to the Siri voice assistant that can answer questions about the author of a song being played. Twitter currently has an estimated 90 million monthly active users and this integration should substantially increase the user base of Shazam as well.

The partnership with Shazam is part of an overall strategy of Cupertino group for music and its iTunes portal.