With the model L65, which is recently leaked on the web, manufacturer LG is preparing another Android KitKat low priced smartphone.

The L Series range of smartphones of the South Korean manufacturer LG will soon have another model. In addition to smartphones model L40 at 99 euros, L70 at 149 euros and L90 at 179 euros announced earlier in the year, it is now turn for a L65 model that would be in the cards, according to a photo and information relayed by Evleaks.

From what is known for it now, it has a dual core processor clocked at 1.2 GHz, touch screen with a diagonal of 4.3 inches and 5 Megapixel digital camera. Given its positioning between the L40 and L70 smartphones, you can also assign a 3G+ compatibility and flash memory of 4GB and also Android KitKat environment benefits the line of this L Series phone. 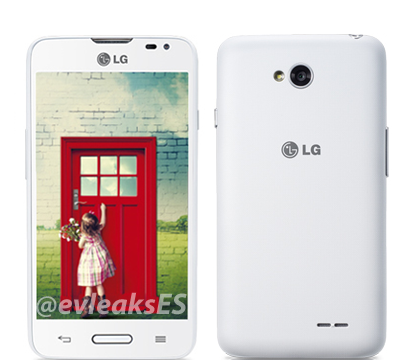 This L65 participates in the strategy of the South Korean group, which focuses on entry-level and mid-range to strengthen its presence in the smartphone sector.