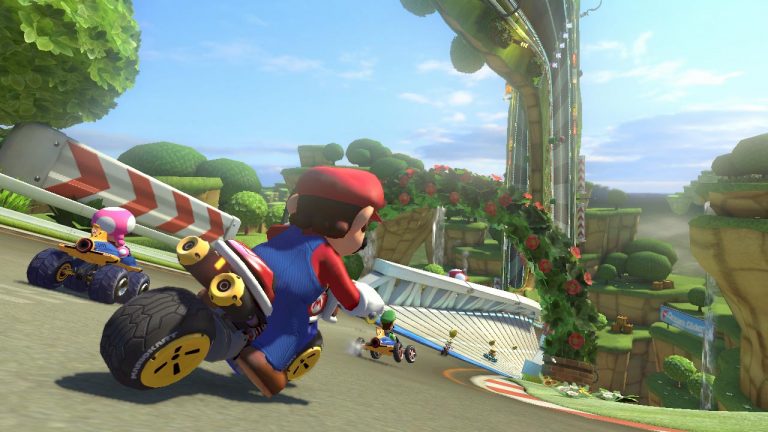 Nintendo relies heavily on the release of Mario Kart 8 Bundle to boost sales of its Wii U console. Also, a bundle including a Premium console and the famous game is to be sold next month.

Expected as the savior of the Wii U by several dealers, Mario Kart 8 is due for release next month. Highly anticipated by fans of the series, this episode will bring the usual recipe while adding some elements of new gameplay and, of course, the completely new content.

Nintendo seems to bet big on this output, since some guys from Gameblog website have obtained and indicated a Wii U bundle integrating console of Premium 32GB, a GamePad, to play Mario Kart 8 and Free Trial of 7 days for Wii Karaoke U.

This would be offered at a price of 299 euros at the game's release date, namely 30 May 2014 in Europe. However, one should wait for official confirmation from Nintendo about it.