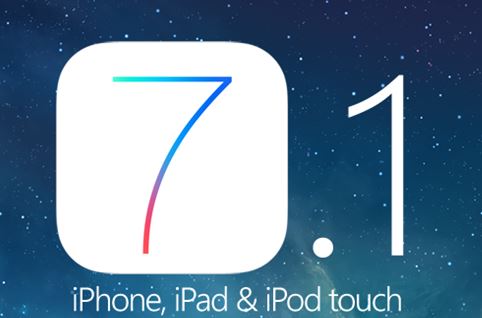 Apple has started distributing the iOS 7.1.1 update. It improves Touch ID, fixes a bug that might impact keyboard responsiveness and security vulnerabilities.

After releasing iOS 7.1 last month, Apple offers a maintenance update for its mobile operating system. Stamped 7.1.1, it announces enhancements, bug fixes and security issues. In short, its just a routine for such minor update.

Just like iOS 7.1, the 7.1.1 update includes improvements for the fingerprint recognition via Touch ID. This technology is used with the iPhone 5s. The update is in response to commence the sensor that becomes less accurate over time.

iOS 7.1.1 fixes a bug that could affect the responsiveness of the keyboard, according to Apple. Similarly, a problem is solved that is concerned with the use of a Bluetooth keyboard in the activation of the VoiceOver screen reader.

Note that in margin after the iOS 7.1.1 update, users will find a new labeling applications in the App Store offering in-app purchases. Without going through the details, the notification "Integrated Purchasing" appears directly in the ranking of applications. 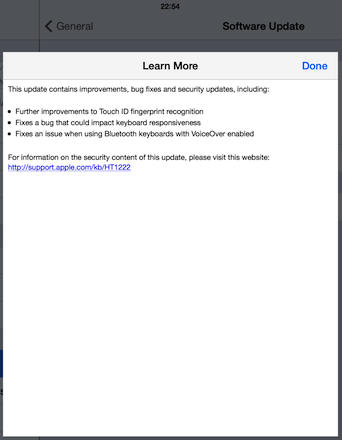 As for safety, iOS 7.1.1 fixes 19 vulnerabilities of which 16 are related to WebKit rendering engine. For the latter, many of them were discovered by the security team of Google Chrome, while it was uncovered by VUPEN at the Pwn2Own hacking contest.

Note also that a correction relates to a discovery by Inria Paris vulnerability. A new SSL bug unrelated to the bug in Heartbleed OpenSSL has been discovered. An "attacker with a privileged network position may capture or modify data in transactions protected by SSL sessions."