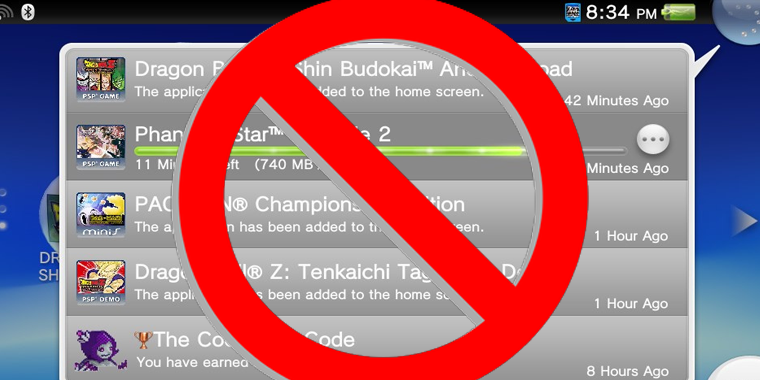 Sony has finally corrected its mistake that allowed to download and play all the PSone and PSP games from the PlayStation Store on PS Vita.

Earlier this week, we highlighted the availability of all PSone and PSP games from the PlayStation Store on the PS Vita. This addition thus allowed us to take advantage of all the old games bought on the PS Store on the Sony handheld console.

This novelty was ultimately a mistake from Sony since the Japanese publisher has finally removed all recently added games to your download history. However, those who have recovered some games on their PS Vita since last Tuesday can still play the games.

One question remains: why Sony did not officially propose these games on PS Vita? The company has not provided official comments about this programming error and blocked all these with securities thereafter.