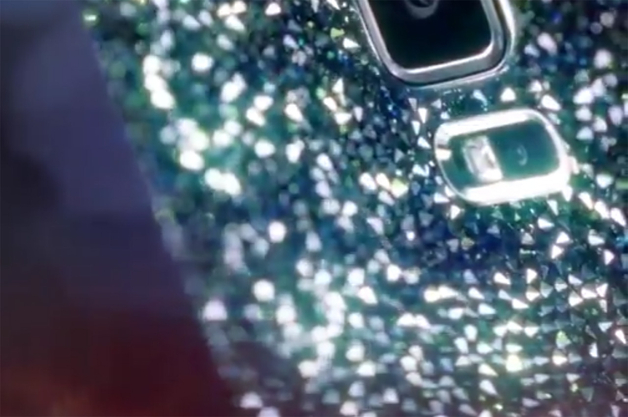 Giant comany Samsung will launch a bling version of its latest flagship smartphone. The Galaxy S5 smartphone will soon have its dressing by Swarovski.

You will find that the Samsung Galaxy S5 smartphone is more than flag cheap with its flagship "plastic cover" where else the high-end Apple, HTC or Sony models opt for natural materials such as aluminum or glass. The South Korean manufacturer may have something for you in its wallet!

In partnership with Swarovski, Samsung's intention is to offer a special version of its new flagship smartphone. Dubbed as Galaxy S5 Crystal Collection, this smartphone will indeed have a back panel covered with small crystals. Question will also raise related on gripping it. Not sure that the crystals, as pretty as they are, will have very nice grip or not. Also fingers crossed that the crystals remain in place during the opening of the cover to insert the SIM card or memory card. The rest of the body, namely its front side and equipment under the hood, should not be changed.

It refers to an arrival time in May on the South Korean market. The price has not been disclosed. We guess it will be quite high, given the need to pay 650-700 euros for the original version.