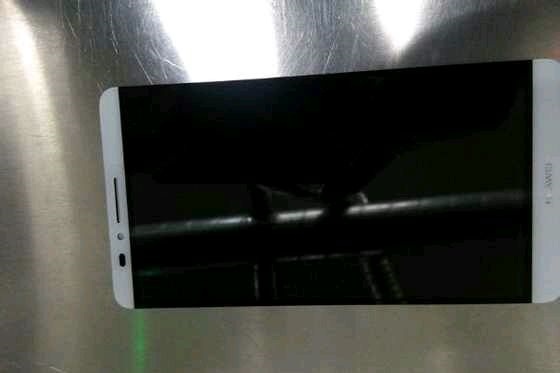 Chinese manufacturer Huawei is preparing a new smartphone called Ascend D3. According to information circulating about it, the device would house eight-core processor developed internally. It also inspires the design of some HTC models.

In addition to Ascend P7 smartphone that should launch at June 2, Chinese manufacturer Huawei is preparing another model called Ascend D3 which we already heard about through some leaks on the web.

Discovered in a stolen photograph, it immediately reminds us of models from HTC Desire 816 or HTC One with two light bands below and above the screen. But the claw at the bottom confirms that it is indeed a Huawei model.

Also seen in a AnTuTu benchmark performed with H300 with its reference, it reveals to house a octocore processor clocked at 1.3 GHz, rather well positioned relative to the competition, a 2GB RAM, a Mali-T624 graphics part feeding a Full HD screen (Unknown diagonally), a 13 megapixel digital camera, front cam of 5 megapixels, flash memory of 16GB and Android 4.4.2 KitKat environment.

We are still awaiting the formalization for confirmation (or not) of such information.