After its first appearance in Chinese version, the HTC One E8 version with a plastic cover smartphone reference of HTC One M8, is officially announced.

In March 2014, HTC has unveiled HTC One (M8), smartphone reference following the line initiated with the HTC One last year and taking it as a design with metal cover and decorated this time Ultrapixel sensor system with Duo Camera.

Starting to complete its range, it reveals a variant with the HTC One (E8) which had already been seen on its Chinese site. It takes a lot of the characteristics of the flagship with some concessions and the choice of a plastic cover to replace the aluminum unibody that made the reputation of the series.

With similar characteristics, we find a display of 5" LCD panel with 1080p resolution and the Snapdragon 801 quad core processor clocked at 2.3 GHz combined with 2GB of RAM and 16GB of storage space. 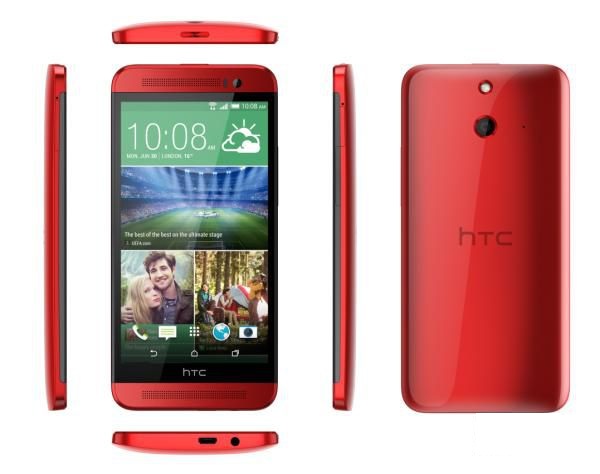 The wireless connectivity ( but without WiFi 802.11ac compatibility like M8, Bluetooth, NFC, GPS/Glonass …) are the same, as well as 2600 mAh battery still present, the smartphone runs Android 4.4.2 KitKat with HTC Sense 6.

The device should be offered more aggressively than One (M8) in China and there will be no surprise of its first markets tariff, pending an international version.